When I started thinking about the idea of writing about the meaning, origin, and history of barbecue I had no idea what I got myself into.

I thought it would take me maybe one or two hours to write an article but only the research alone took me a whole day and still am I not sure if I found all the answers and if the answers are right.

Meaning of the word barbecue

I read on several websites about what the barbecuing definition is and I think this is the best explanation I can come up with.
The word barbecue can refer to the cooking method, the thing you use to cook meat on, or even a social gathering.

It was originally used to describe as a cooking method for meat slow on low temperature over indirect heat.

The methods we use for barbecuing now can be:

I will tell you more about them later of you can click on them to go there.

How do you spell barbecuing is a search that about 1600 people type in Google every month.

I was not able to find if there is a correct or wrong way and according to https://www.merriam-webster.com/dictionary/barbecue you can use both, but barbecue is the preferred form and barbeque is a variation.

I have noticed that in some European countries they use the word barbeque and not barbecue like in the United States.

Here is where it gets confusing and many people have their own opinion.
The most accepted story is this one.

A Baracoa was used by the Taino Indians and is a wooden structure they used to smoke their meats.
I have been trying to find a picture of it but could only find dishes named Barbacoa and pictures of BBQ’s and grills as we use nowadays.

Barbecoas, is a variation of the word and explains it like there were holes dug in the ground, with a pig or lamb in it, and then covered with wood and set on fire for several hours.

In 1526 these words were used for the first time in print some type of Spanish dictionary.

After this, it took a long time before the word barbecue was commonly used for what we use it for now in the western world.

It was in 1755 that the word barbecue was entered in the English dictionary and it was described as a term from the west-indies for cooking a whole hog, that was split in half and cooked about two feet above a charcoal fire.

History of barbecue in America

Barbecue in the USA is not to be compared anymore with the old Barbacoa, but it is a wide variety of cooking meat outdoors.

I guess we have to go back to the colonial times and the southern states to start our journey through time.

After this is was hard to find more history but I found that roasting meat was popular in the south and after that, it slowly found its way to the more northern states.

Mostly it was pigs that were used. The reason is that you can let a pig run in the woods without feeding it. For cows that are harder to do.

Then when food was scaring at winter time the pigs were caught and roasted when needed.

I can write probably a whole article just about this, but If you like to read more in-depth where it all came from look at one of the resources at the bottom of this page.

Most used ways to Barbecue

Like I mentioned earlier the word bbq can mean several things. From cooking to the type of product you use or it can even mean a social gathering.

There are however a few things we can divide the whole thing in.

This is in my opinion more popular in the northern regions of the USA and mostly used to grill hamburgers or hot dogs over a hot fire with some nice grill marks. read our top 10 grill tips here. https://bettergrills.com/10-tips-on-how-to-grill/

Roasting can be done of a hot fire but in most case will be done by placing the meat more next to the fire or higher above it and in this way control the temperature a little better.
Roasting also includes more often larger cuts of meat.

Smoking meat is very popular in the southern states and is basically preparing meat at a low temperature for a longer period of time. Historically this was done with the tougher cuts of meat to make them tender. Smoking is done with a side box or the lately very popular pellet smokers.

Braising is preparing meat on the grill for a short time and then add them to a pot and let it simmer till done.

What region to go for BBQ

Every region has its own specific way of preparing meat outdoors.
Most of them also have a signature sauce and way of serving their BBQ.

This region is mostly pork and most of the time prepared with a dry rub and a tomato-based sauce.
Most known for pulled pork and pork ribs.

Also mostly pork but here a vinegar and spice mix is used to season the meat.
Most known for pulled and pork ribs.

Basically the same as North Carolina but the sauce is more mustard and brown sugar-based.
Most known for ham and pulled pork

This is a mix of pork and beef region. The reason is that it is located between the pork lovers in the east and the beef lovers in the south.
Most known for burned ends and the use of a sweet sauce of tomato and molasses.

Although Texas is a beef state they still eat a lot of pork also.
Eastern Texas uses more chopped versions and the rest of Texas is more sliced meat.
Most known for Brisket smoked over Pecan or Oak.

Alabama is influenced by Texas and the Carolina’s.
They tend to lean more towards pulled pork and their white sauce that has a base of mayo and vinegar.
Most known for pulled pork with white sauce.

I know that my writing here is far from covering everything related to BBQ but it is a start. 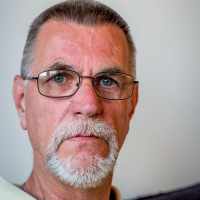 Eddie van Aken AdministratorWPAutoTerms Legal pages editor
Better Grills
Eddie van Aken has many years of experience in the field of cooking. Starting out as a cook in some of the big chain restaurants and later in running his own full-service restaurant. With this experience and working with professional kitchen equipment, he is reviewing grills, smokers, and all other types of tools needed to cook some great meals. With his passion for outdoor cooking, he has used many grills and pellet smokers. You can more about him here.
web
https://eddievanaken.com/
email
edwardvanaken@att.net
follow me

We are featured on these channels

As an Amazon Associate I earn from qualifying purchases.